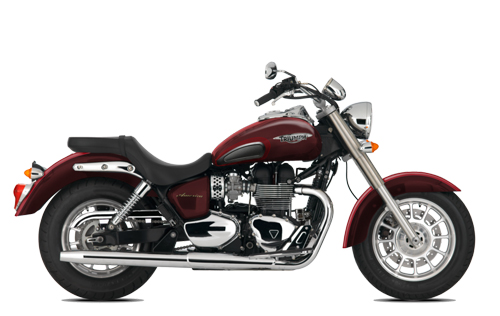 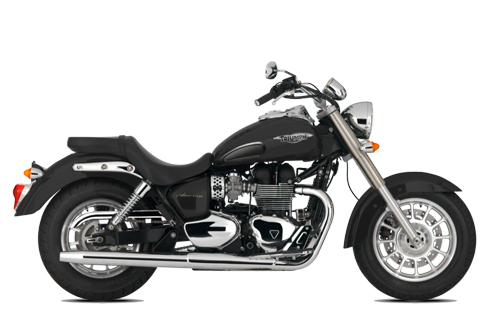 This bike isn’t just built to look a certain way, it’s built to feel a certain way. The America is engineered around a unique engine so you get a truly authentic ride. One that connects you to Triumph’s long and rich cruiser heritage.
We’re talking about its distinctive, air­cooled parallel­twin that gives you the riding experience you expect from this class but with a very individual British flavour.
Taking classic cruiser appeal and blending it with Triumph reliability and everyday practicality.

Performance
Built to be ridden, not just to look good. The America’s 865cc parallel­twin puts out a healthy 61PS with strong torque at low revs, peaking at 72Nm at just 3300rpm. Ideal for urban cruising at low revs but with enough muscle for serious long distances at motorway speeds, even with a passenger or luggage on board.
This vertical twin is a true original. Drawing on our heritage from fifties and sixties parallel twins and coupling that with modern technology and build standards, the engine in the America has a laid­back riding character that’s unique to the cruiser world.

Configuration
Straight away people notice the America’s unmistakably British style. Its pair of cylinders stand upright and proud and make a powerful statement. And, being air­cooled there’s no radiator to spoil the view.

Feel
An engine like this is about more than just the numbers. It’s about the way it feels.
It responds to the throttle obediently, allowing you to accelerate confidently. And we’ve carefully modulated its vibration levels to allow you to connect with the ride without it becoming intrusive on long trips. Then there’s the off­beat 270­degree firing interval and mellow soundtrack that gives substance to the America’s cruiser styling for a bike that sounds, looks and, above all, feels amazing. 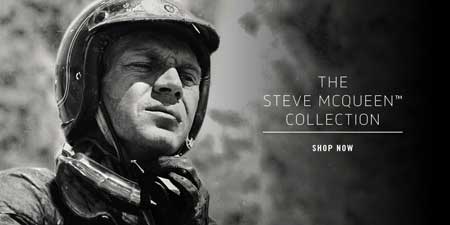 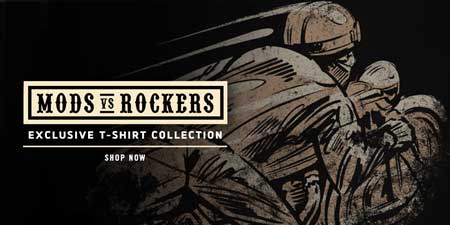 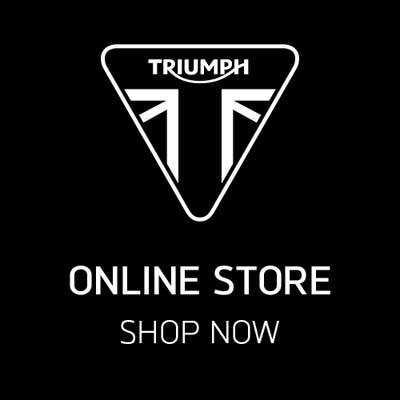